Brisbane, Geelong, Hawthorn or Richmond: Which dynasty has been the best? 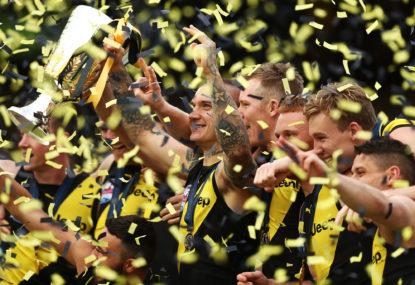 I’ll be honest with you, Roar readers – I’m dead tired. It’s been an absurdly busy time at Roar Towers amd I’ve barely got the energy to put together my normal Tuesday column. So, today, you’ll be doing the analysis. On Saturday night, Richmond claimed their third flag in four seasons to officially (in my eyes) join the Brisbane Lions, Geelong Cats and Hawthorn sides of recent years in the exclusive dynasty club. Tale of the tape Brisbane Lions 2001 2nd –...