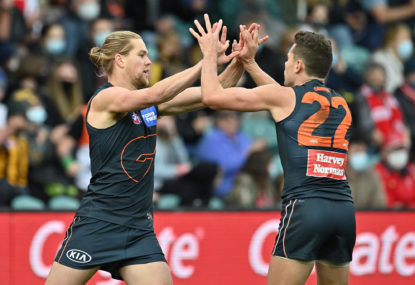 In the lead-up to the weekend’s game against the West Coast Eagles, GWS Giants caretaker coach Mark McVeigh insisted that they are “not a broken club”, despite their poor start to the season and speculation surrounding its since-departed coach Leon Cameron. McVeigh, who has been at the club since 2015, officially took over the reins following Cameron’s departure after last week’s loss to Carlton, and vowed to put a new spin on the struggling club which had only made...