How do the Dogs do the Josh Dunkley trade – or do they at all? 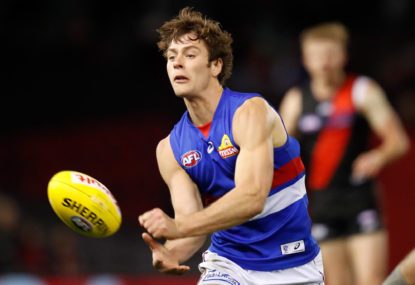 As Richmond steamrolled to another premiership on Saturday, putting an end to a season like no other, many teams were already planning their 2021 campaign. Lists were being made of players that other teams deemed gettable and at the top of Essendon’s was Josh Dunkley. A premiership player for the Western Bulldogs in 2016, Dunkley used to play predominately as a forward but made the shift into the middle last year with devastating effect, averaging 28 disposals, five clearances and six tackles per...

4 weeks ago, The Roar, Western Bulldogs