The AFL continues to complicate the Suns’ recruitment strategy 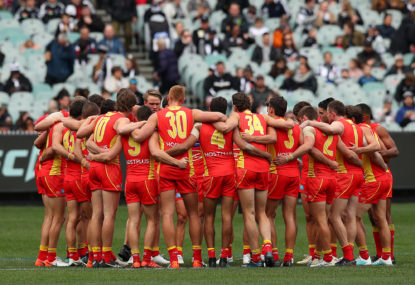 On Wednesday, the Gold Coast Suns announced that they were putting four veteran players onto their rookie list, but no major news carrier nor afl.com.au shared the news. This came after the AFL decided late Tuesday that all clubs could demote two primary listed players directly to the rookie list, bypassing delisted free agency and the rookie draft entirely. It is as yet unclear which of Jarrod Harbrow, Jack Hombsch, Zac Smith or Jordan Murdoch will go straight to the rookie list or go through the...

No popular articles yet